Failure not an option for Grossmont College student 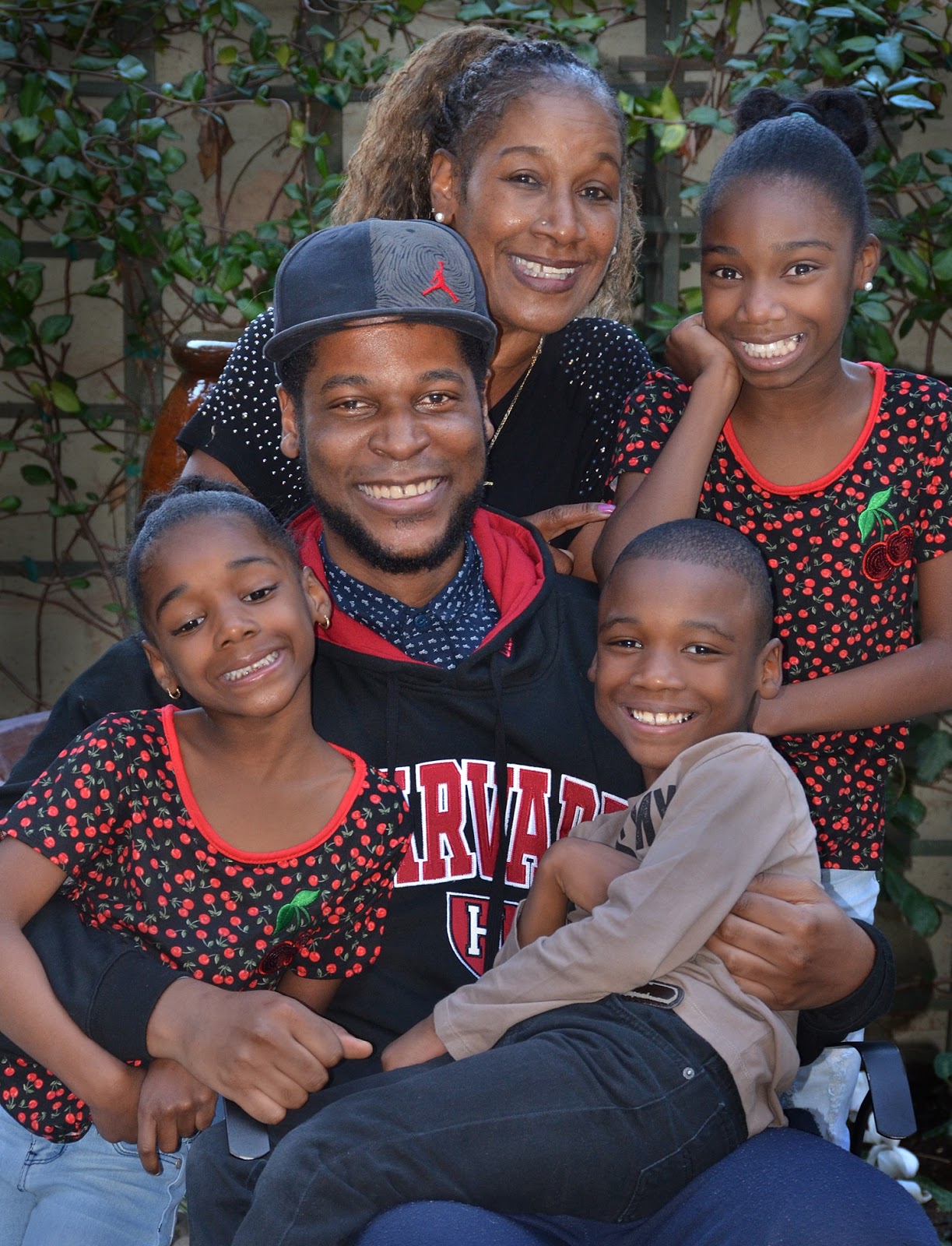 Isaac Phillips doesn’t believe in failure. Every time the 31-year-old Santee resident comes face to face with a life-changing challenge, he not only moves forward, he thrives.
Like when his career plans were put on hold after his brother was shot and Phillips and his mother took responsibility for raising his brother’s two youngest daughters and son. Phillips stood firm, enrolled at Grossmont College to build a better future for him and his family, and along the way became a scholar, a tutor, a peer mentor and an invaluable member of the campus Umoja community.
Or when, in late January, Phillips heard the sound of gunfire while getting into his car, sped away from the danger, clipped another vehicle and crashed into a tree. Less than a week after the accident that left him hospitalized with serious injuries to his back and legs, Phillips was back at Grossmont and learned he was accepted to Tuskegee University, scholarship included. Now he’s waiting to hear if he’s been accepted to Harvard.
“Things have a way of working out,” Phillips said. “You can’t focus on the negative.”
It’s that attitude that has left a long list of admirers at Grossmont College, where Phillips will graduate in June with an associate degree in communication and political science.
“Isaac and his mother take care of the three children in a tiny apartment, and they often juggle bills in order to feed the children,” said Gwenyth Mapes, a humanities professor who has served as Phillips’ mentor since he arrived at Grossmont College two years ago.
“I know that Isaac goes without food at times when the children need to be fed. Furthermore, for most of the time I have known Isaac, he and the family have not had transportation. Life is hard, but the love and commitment are strong. And through it all, Isaac has managed to make his own college career a priority. He is investing in his future, and his family’s, by focusing on his college work.”


“In addition to a robust work ethic and determined drive to do very well academically, Isaac Philips is an absolute delight to be around,” Allen said. “I’ve never been around him when he wasn’t upbeat, happy, energetic, and funny. Isaac seemingly goes through life cracking jokes and doing his best to get others to smile and laugh. He has been a strong student at Grossmont College and a solid role model within the UMOJA Program here at the college. I am extremely excited about his being accepted into the renowned Historically Black College & University Tuskegee University in Alabama. His future is bright and it was an honor working with him during his time spent at Grossmont College.”


Until recently, Phillips never envisioned himself as a college student. In fact, he is the first in his family to seek a higher education.


Born and raised in the Central Valley, Phillips worked at low-wage jobs most of his life while taking on an occasional gig as a camera operator or production assistant in Hollywood and landing a gig as an extra in Black Panther. He moved to San Diego approximately five years ago after falling in love with the region during a visit to Comic-Con.


His life took a turn after a bullet fired during a robbery left an older brother, Mario, a quadriplegic. His brother’s wife had earlier died from breast cancer, so Phillips and his mom soon began caring for his brother’s three youngest children – nieces Mariah and Nari and nephew Dahrio – and brought them to San Diego. Four older siblings were cared for by other relatives.


“There was no other option,” Phillips said. “We were not going to let these children become part of a system that is pretty much broken. They don’t have much, but they are with their family.”


Phillips, however, knew nothing about raising kids. He had never heard of pink eye. Christmas suddenly became a very popular holiday in his home, a cramped but tidy, two-bedroom apartment a stone’s throw from state Route 67.


“No one tells you how hard it is to be a parent,” Phillips said. “You learn when you’re thrust into it. It’s not easy, especially when you’re earning less than $20,000 a year. You just have to learn to sacrifice your own needs take care of someone else. It was a struggle, though. There were a lot of things they didn’t have that I wasn’t even aware of.”


Phillips turned to Grossmont College, a regional leader in offering avenues of social and economic mobility, for help. He registered for classes just a few months after he began caring for his nieces and nephew.


“It was really close,” he said of Grossmont. “I went to that website, RateMyProfessors, and found some pretty good reviews. And they were very accommodating to someone who hadn’t been in school for 15 years and who hadn’t been in college before.”


It hasn’t been easy, though, raising three children, working as many as three jobs at a time while attending school, studying and being involved in the campus community.

There’s only 24 hours in the day, but with a little bit of time travel and very little sleep, you’re able to get done what needs to get done,” joked Phillips, who is recovering from his injuries suffered in the January car crash and attending classes regularly, though he still walks with a limp. Meanwhile, he’s scraping by thanks to his jobs as a peer mentor and teacher’s assistant, a recent UMOJA scholarship, and some freelance work with a video and photography company.
As summer draws nearer, Phillips says he’s becoming more excited about attending Tuskegee University, a private, historically black university (HBCU) in Alabama established by Booker T. Washington and Lewis Adams. An older brother in Modesto will move into the Santee apartment and help raise the children while he’s in Alabama laying the foundation for a career in the film distribution and production industry, possibly getting into politics, and perhaps entering law school.
"He has so much potential to do anything he wants to do,” Mapes said.


Said Phillips: “If it wasn’t for Grossmont College, I wouldn't have the opportunities I have today. I am very grateful for everything that everybody here has done to help me succeed.”