Three governing board members sworn in; Debbie Justeson to remain board president 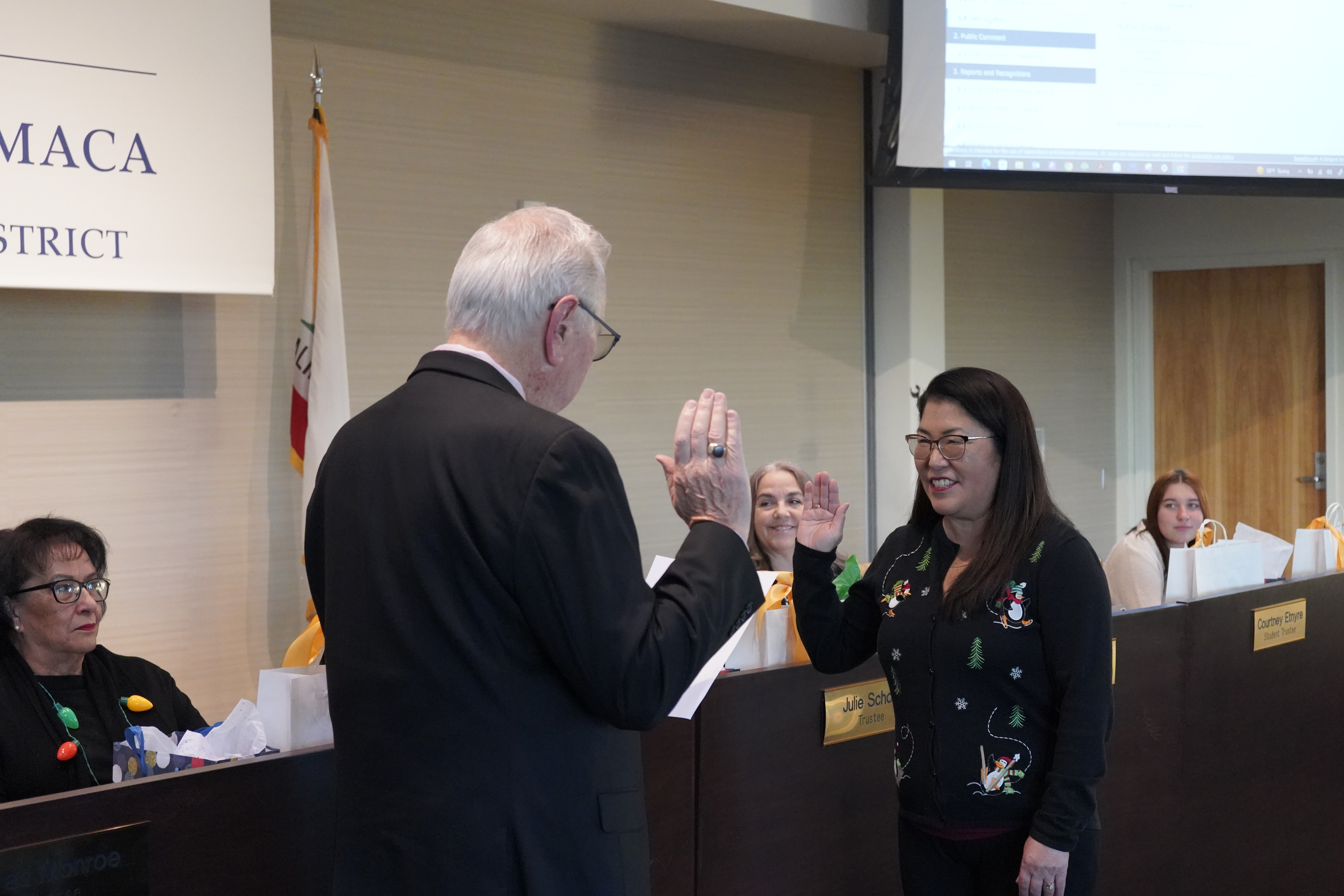 EL CAJON – Debbie Justeson, who won re-election to the Grossmont-Cuyamaca Community College District governing board with nearly 66% of the vote in November, has been unanimously selected by her colleagues to serve a second term as president of the governing board in 2023.

At its December 13 meeting, the governing board also re-elected member Brad Monroe to serve as vice president and Elena Adams to serve another term as board clerk. The appointments came after Justeson, Monroe and new board member Desiree Klaar were officially sworn in to new four-year terms.

Klaar, who was elected to her first term in November, represents District 1, which includes Santee, much of Lakeside and parts of El Cajon. A former human resources professional in public education, Klaar now teaches business and marketing through the San Diego Community College District. Among her priorities are increasing community outreach and engagement to reach more potential students.

“I’ve dedicated my career to community college districts throughout San Diego County and I look forward to serving my community that I’ve lived in for more than 40 years,” Klaar said.

Justeson, who was first elected to the board in 2010, represents District 2, which includes La Mesa, Casa de Oro, Mount Helix, and parts of El Cajon. An educator for more than three decades, Justeson continues to teach full time as a math instructor at San Diego Virtual School and as a lecturer for the School of Teacher Education at San Diego State University. She previously taught math at both Grossmont and Cuyamaca colleges and twice received Adjunct Teacher of the Year awards. She became the first Asian American to serve in the role of governing board president when she started in the role earlier this year.

Monroe, first elected in 2018, represents District 5, which includes Lemon Grove, Spring Valley, and La Presa. Monroe was the founding chair of Cuyamaca College’s prestigious Ornamental Horticulture program after serving as founding chair of the Southwestern College Ornamental Horticulture program. In all, he has more than 43 years of experience as a community college educator.

The Grossmont-Cuyamaca Community College District, which includes both Grossmont and Cuyamaca colleges, serves approximately 24,000 students each year and is the largest provider of workforce training and higher education in the East County. A 2021 economic impact report found the district added more than $1.1 billion in income to the regional economy, enough to support 14,239 jobs.